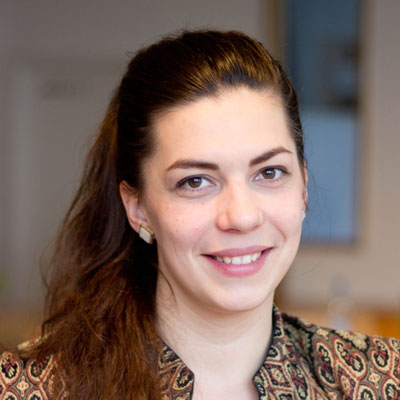 Here are the winners of betapitch | hardware 2014!

Friday's betapitch lit the spark for hardware in many hearts and we agree with Dan on it: Hardware startup competition? Way better than others.

The room was packed with hardware lovers, startup crowd and participants of the ThingsCon. The finalists were nervous after training till the late previous night with gorgeous pitch trainer Bianca. They've travelled in from different parts of world –  from Kreuzbeg, Barcelona, Sofia to Newcastle. Most of them had manufactured a real prototype, but they also were shy enough to not to show it on the stage.

We started with SkySense, the charging stations for multicopters which are going to production right now.

Form team flew in from Spain where they work at betahaus | barcelona. The ex-Apple cofounder described how the're selling the peace of mind starting with a smart smoke detector.

Melissa Climate is smart air conditioning tool which was presented by the inventor Lyubo, the 19 year old entrepreneur from Sofia. He’s already gone through couple of startup competitions and also took part of hub:raum accelerator in Krakow.

Superclock had a nervous presentation of their smart home clock which is connected to internet and shows you when the next metro is leaving. Right on your wall clock at home. No need to open an app on your phone. Guys also have a fairly working prototype which they didn't bring on the stage and therefor they got lynched by the jury for not showing it. As Thomas Madsen-Mygdal nailed it: "Demo or die!"

Luuv showed how to do it. Couple of nice prototypes showing the usability on the stage, great presentation and successful crowdfunding campaing (which is running for few more days).

Joanna, the courageous founder of Little Riot improving long distance relationships presented Pillow talk. This tool has many lovers and haters, which means it must be significant.

Bragi introduced their Dash, in-ear headphones working without any phone - measuring the heartbeat, serving as a mic, music player.... They‘ve crowdfunded over $3.4m and raised interest of many tech giants.

We also had a special guest from the space, literally. Paolo Angelo Nespoli, Italian astronaut who’s been to the space 2x talked about his hardware tweaks in the space station. Counting how many light years it will take us to travel through the space to pick up something from Proxima Centauri, he encouraged everybody to not accept any limits.

After the pitching the jury locked up in the room to decide on the winner and the crowd moved on to party with ThingsCon participants.

And now, the winners are:

1st place – Luuv wins the trip to Asia, and exhibitor’s booth on the HITB conferrence in Amsterdam

The 3 month flat supply of Vitamin Water will freshen up the summer of SkySense.

This all would not be possible without our belowed sponsors who deserve a big THANK YOU!

THANKS also to the great startups who’ve applied for the betapitch and the jury who came to choose the new superstars!

So you have a startup and would like to pitch at betapitch?

The next betapitch takes place in Copenhagen on June 20th, apply now!

All the locations are listed on the website and the applications are open!

Kudos to sponsors, supportes, jury, thingscon, great entrepreneurs and betahaus stuff, you’ve done it right and it was a blast!

Check the pictures on our facebook page, and see you soon in betahaus! Check out the calendar for upcominf events this month!