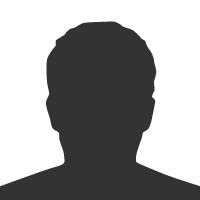 4 months ago I wrote about our participation at the Random Hacks of Kindness, Berlin. The application we worked on was judged the best project from the weekend of hacking made possible by the organizers, sponsors and of course betahaus.

Today I found myself at betahaus once again with Kashif Rasul speaking to Maximilian von der Ahe, one of the co-founders of betahaus. And the topic of last year’s RHoK came up. He was pleasantly surprised to hear that the concept we worked on at the Random Hacks of Kindness has gone on to be used by Caritas International in their response to the Japanese Earthquake.

A lot has happened since that weekend: rewriting the codebase, hours of meetings with Caritas, we even had a Christmas in the middle but we persisted. After the RHoK we promptly contacted Caritas seeking feedback. They gave us very useful feedback on our initial attempt, but given the time constraints the initial prototype was still far from complete. After reviewing the existing code we decided to rewrite the application from scratch making use of the real-time location API that we had been developing for our Berlin-based start-up.

Initially we built the application for deployment in the field in Pakistan. You can checkout the video of this initial prototype here and here We then added support for Haiti. Plans were being developed for adding support for a list of countries that are especially vulnerable to disasters. I have to say Japan was not on that list. Then, earlier this month we received a call from Caritas asking if we could create a deployment for Japan. This would be to manage the disaster response in the aftermath of the tragic Earthquake and Tsunami. With our API already in place we quickly imported administrative data for Japan and deployed for the Japanese prefectures that were worst affected by the Earthquake.

Here are few screenshots of the application with the data from Japan:

The application is currently only for internal Caritas use. However we are continuing to work with the admirable team at Caritas to develop another app for public data. However, this coming together of organisational needs and software developers would not have been possible without the amazing ecosystem that places like Betahaus and Berlin generally support. And they continue to support it. Tomorrow betahaus is hosting Seedcamp Berlin. It will be very interesting to see the startups that will be presenting and see how many applications are using location based intelligence in their business and help change the world for the better.