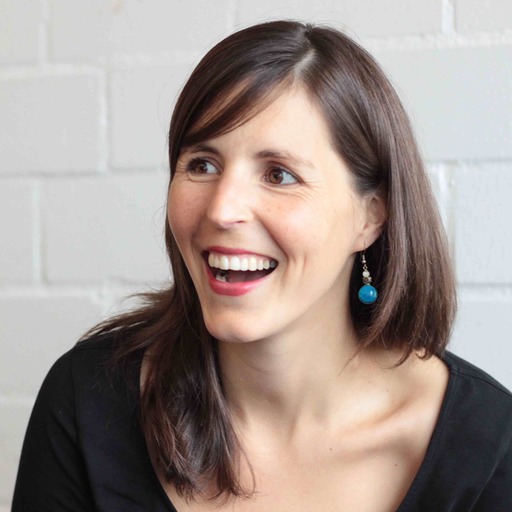 betahaus Key Account Manager and longtime member, Olivia Czetwertynski, speaks out on her journey as a female founder. A look behind the curtain on the glory days, the hard parts, and what she's working on to make the journey easier for the next generation of women.

Olivia Czetwertynski is the founder and CEO of Becomewide, an international consulting agency that creates and implements communication systems to boost founders business goals. She is also one of the directors of the Founder Institute in Berlin, working closely with the Female Founders Initiative.

Over the years, Olivia has worked for world-leading advertising agencies like MRM Worldwide and TBWA, and was a cofounder of influenzia.net, the first blogger platform in Spain. She was also an early member of the European coworking movement, participating in the creation of utopic_US and a team member of Coworking Europe Conference. Olivia's expertise reflects her international mindset and background, having lived and worked in Canada, Belgium, Spain, and currently, Germany.‍

I became a female entrepreneur in Spain at a time when the startup ecosystem didn't officially exist. It was still the beginning of social media and blogging when we created the first blogging platform in Spain and decided to surf the wave of "disruptive" business. Alongside another amazing woman, I became a #FemaleFounder.

Being a woman and an entrepreneur never felt to be in opposition. On the contrary, it felt good to be different and to stand out from the crowd. I was young and fearless. I had time. I had the privilege of being lucky, healthy, young, white, and without any real barriers. I had so many opportunities to collaborate with experienced people who helped me find my way. It was a lot of fun, and of course, a lot of work hours, pressure, but it wasn't difficult.

At least until I had a child.

Leading up to the birth of my daughter, I treated the pregnancy as a new "project," the only difference being that this was one that would last forever. It was a straightforward pregnancy and I worked through the last week of it. We signed a contract on a new apartment just three days before I gave birth and moved into that apartment just a few hours before the contractions started.

After I had my daughter, however, I began to realise how the societal structure doesn't answer the needs of female entrepreneurs, let alone mothers.

For the first time in my life, I started seeing how individualistic our system is. It was extremely difficult to find the balance between being a mother and an entrepreneur!

Could I take maternity leave without losing the clients and network I spent so much energy building? Were other mothers able to run their business while their baby was sleeping? Would it always be this hard? This lonely? I wanted so badly to be able to do it all, to manage this project like I'd done so many times in business, yet it was so much harder than I could have imagined.

Being a mother and a female entrepreneur in our current system is not an easy game.

What We Learned from the "Mind the Gap" Survey

I've been an entrepreneur for ten years now, and a mother for three. Blending these two parts of my life has gotten more manageable, but I will admit it can still feel like a delicate balance. What I've realized from speaking to other women is that I'm not alone in feeling this way.

Before taking the stage for the  "Mind the Gap" panel at the ValenciaDigitalSummit powered by TechStars and Social Nest last November 2019, I released a survey that asked people within my network about the challenges and obstacles facing female entrepreneurs. Of the participants surveyed, 88% were women, 61% founders or freelancers, and 57% working for an employer. I've summarized some of the more interesting conclusions of the survey below.

When asked why the percentage of women entrepreneurs is so low...

When asked what encouragement is missing for female founders…

Through the survey, we see that women are asking for a structural change that starts with education, then family conciliation, and finally, a supportive network. But how do we create this new model? As mentioned before, the existing initiatives are all necessary to work towards a change but not an absolute path to a solution.

After the event, I presented this data at a roundtable discussion with four female entrepreneurs. Each of us has a different experience, but we all agreed on this: our system as we know it is coming to an end, and surrounding ourselves with a supportive network is going to be the key to growth.

Where do we go from here?

Our individualist society is not sustainable anymore. There is a search for a new structure based on collaboration, where shared benefits come before profits. It's time for the Zebras to replace the Unicorns.

The female founders who started the Zebra movement use the word "Zebra" to differentiate from the existing "Unicorns," redefining success as we know it. Zebras fit into the current market instead of blowing it apart and seek long-term survival through sustainable, responsible growth.

Women or other underrepresented founders often start Zebra companies, yet they struggle for survival. They struggle because they lack the environment to encourage their birth, let alone to support them through maturity.

To help female founders thrive, many medium-term solutions are given like bandaids. Accelerator programs for women. Special prizes for women. Female-focused hackathons. Women-only dinners. And while these initiatives are important to raise consciousness, they're not a solution on their own.

What we need is to build a new structure entirely, a collaborative structure, where success is not based not on raising money but on education, starting better, with different goals, based on common developments and shared benefits.

Together, we can bring about change.

So starting this month, we'll be launching a highly-actionable event series in Berlin with betahaus, Iron Hack and the Female Founders Initiative. Each event invites participants to collaborate and find new solutions to the obstacles facing female founders or founders with families.

What difference do you think it would make in your career if you had a community of women to offer guidance? Women who could help remove roadblocks, share opportunities, and speak to your doubts? Come together with a group of like-minded women to create diverse connections and build a supportive network in this intimate, guided networking event.

#2 Inspiring the Next Generation of Female Entrepreneurs‍

To affect real change, we need to begin to nurture entrepreneurship in girls from a young age. We need them to have the courage and confidence— along with the business acumen and technology skills — to create the solutions that are remaking our world. In this session, we will brainstorm creative ways to get girls interested in STEM-related fields and entrepreneurship so they can lead the change.

Date to be release after event #1

#3 How to Raise Your Startup & Family (At the Same Time)‍

There is a growing mental health epidemic amongst startup founders as they try to balance investor expectations with their home and family life. Listen in on this panel-discussion of startup founders who have fought this battle, and walk away with actionable ideas about how to improve your emotional wellbeing, communication styles, prioritization, and organization.