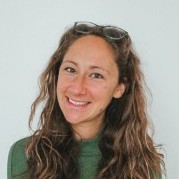 “Tech has won – now what?”: A Behind-the-Scenes Look at the Copenhagen Letter

Betahaus co-founders, Madeleine von Mohl and Max von der Ahé, on the creation of the Copenhagen Letter at Techfestival Copenhagen.

What happens when curious minds of all ages and backgrounds come together to explore how technology impacts our lives? This year at Techfestival in Copenhagen, 150 tech-thought leaders from more than 30 different countries were given two days to answer the question “Tech has won – now what?”.

In the form of an experiment, select participants of Techfestival were locked on Refshaleøen for 24 hours to discuss the future of technologies. On the 9th of September the results — a manifesto called The Copenhagen Letter — were presented by a group of participants.

In their letter, the authors declared that as “a community, which exerts great influence” they take responsibility for the direction in which the world is changing every day. They aim to set a new discourse, which will prioritize people over businesses. Instead of having big tech companies define people’s lives, they want to define and shape technology, designing it for empowerment of the users and not for addiction or any kind of repression. One of their main goals detailed in the letter, is the shift from a human-centered design into a humanity-centered design. Two of the betahaus founders — Madeleine von Mohl and Max Von der Ahe — participated in this groundbreaking event. We asked them to share a behind-the-scenes look at the drafting of the Copenhagen Letter, and here’s what they had to say.

We can only imagine the creative flow that comes from putting so many great minds together to work towards a common goal. What was the process of working together like? Can you describe the experience of collaborating over this 48 hour period?

“Those 48 hours were very intense. Thomas and Aydo (the founders of the Techfestival) literally locked us up to focus on the letter. At the end of the first day, I thought we would never ever make it. We started so many sub-discussions and almost got lost, but our facilitator made the magic happen. By the end of 48hrs we had a “Manifesto”. The moment that Aydo read it to us for the first time was very moving!”

It could be very difficult for 150 people to come to a unanimous conclusion. Were there any difficulties that arose during the experiment?

“The hardest part was trying to narrow it down and come up with a final paper, with which we could work in the future. I actually really enjoyed spending so much time with those 150 incredible minds — I learned a lot from them!”

This manifesto is of a significant importance for entrepreneurs and specialists from all over the world. How do you plan to ensure the values listed in this letter reach broader audience?

“Now all 150 of the participants are using our channels to spread the word. The aim is that as many people as possible sign the Copenhagen Letter. As of today, 2,950 people have signed it.

We promised ourselves that we would keep the conversation going about our responsibility for the future as well as holding ourselves (and each other) accountable for putting these ideas into practice. That is a strong commitment! We will find ways that we can implement the main purpose of the letter into our daily work at betahaus.”

To debate and draft The Copenhagen Letter, 150 practitioners came together for 48 hours during Techfestival in 2017. They include technologists, designers, philosophers, educators, and artists. This letter mirrors their commitment, starting a conversation on the values and principles that guide technology. You can sign or answer The Copenhagen Letter here.